So finally a week later, I feel like I’m getting back in the groove of things after an amazing experience in New York. It was my first ever
Comic book convention outside of Montreal and Toronto and I was not disappointed.  I actually read that it broke attendance records
and it was easy to see by the amount of people that me and my wife were able to witness. 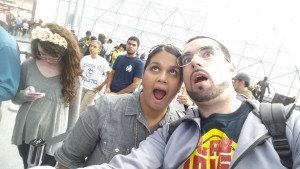 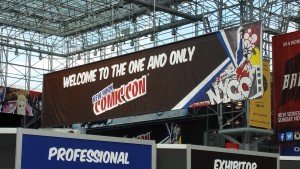 It was also my chance to showcase my newest project “DEAD HOSTAGES COMIC” and network with all the fine people at the Javits Center. so I wanted to share some of my highlights. 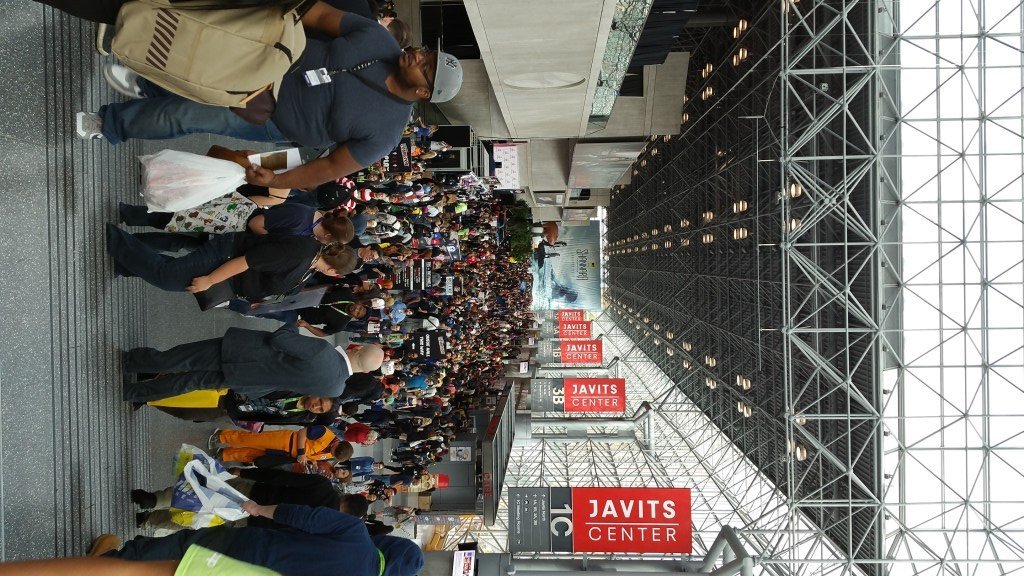 First thing that caught my eyes was the incredible display of Hot Toys http://www.hottoys.com.hk/ they do stunning toy statues replicas of your favorite comics, movies and video games characters and to give you an example look at the amount of detail on these Metal Gear figures! We also got the chance to see people trying the new Street Fighter V game at the Capcom Booth, many people were excited and patiently waited their turn to play. As always in these events, nostalgia plays a big part, and with the new Star Wars movie coming out, it was fun to see some of the original toys from the original trilogy in such great condition. Now this was my biggest moment, meeting Todd Mcfarlane, mcfarlane.com promoting his awesome line of Walking Dead figures. He has been a drawing inspiration of mine since i picked up my first Amazing Spiderman illustrated by him. To me, at 15 years old, he revolutionized the way i looked at comics, by his impressive details, (I actually wanted at the time the smallest ink pen i could find because of him, 0.5 was cool, but my 0.3 made me feel like a bad ass in my drawings) His dynamic panels and layout design was like nothing I have ever seen in 1989. So for me to be able to have a 5 minute conversation and give him my first printed copy of Dead Hostages felt like a milestone in my personal life goals. You never know how long things can happen, but if you put the work and stay patient the right timing will make things happen! I know in recent years, comic cons have become popular because of the blockbuster movies, the cosplay and all the tv shows previews and panels. But one thing for sure, to me it is still all about the comics and to be able to see some of the great artists draw and see their original art work was everything to me. So here are some of the great art and some of the creators. 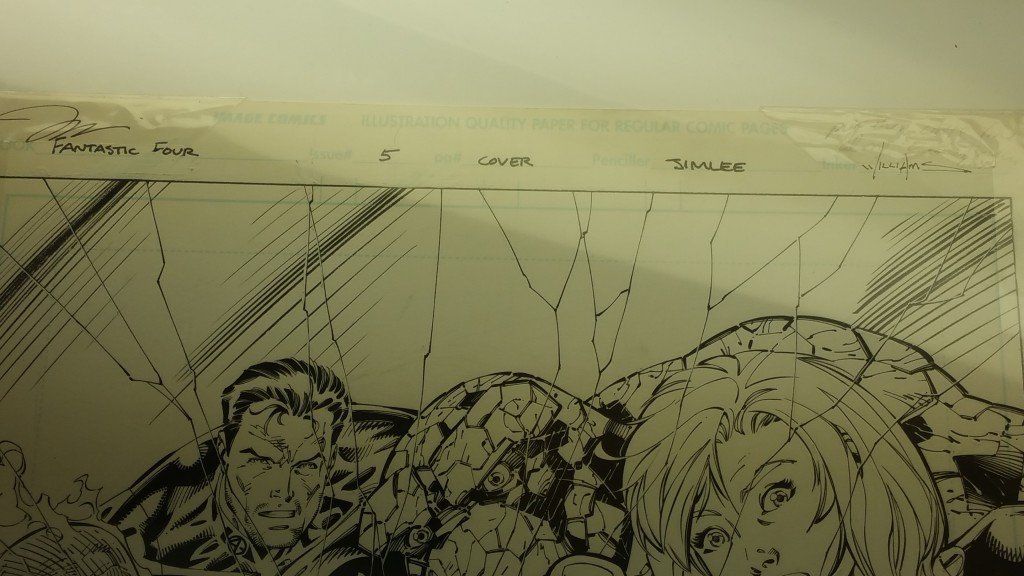 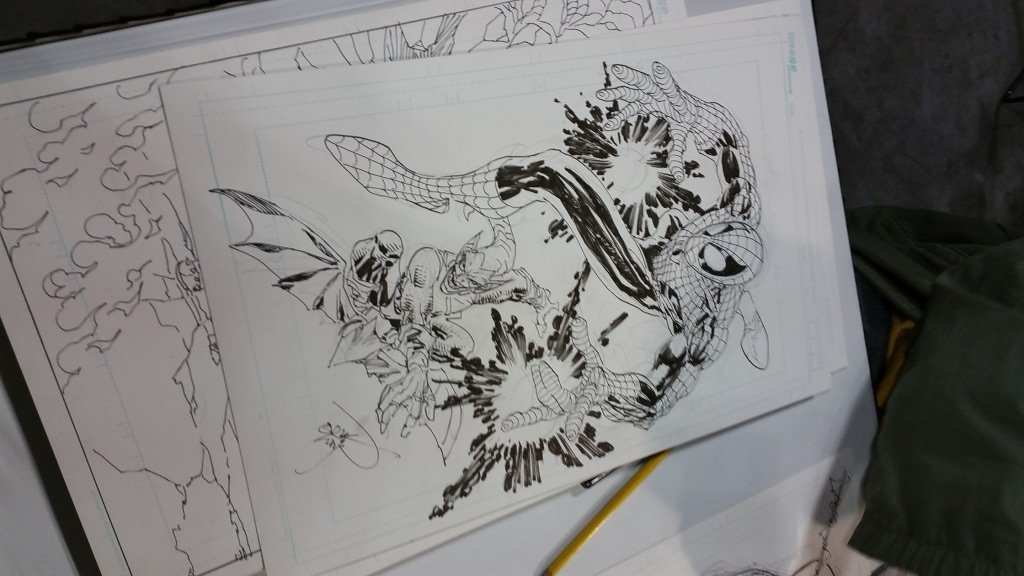 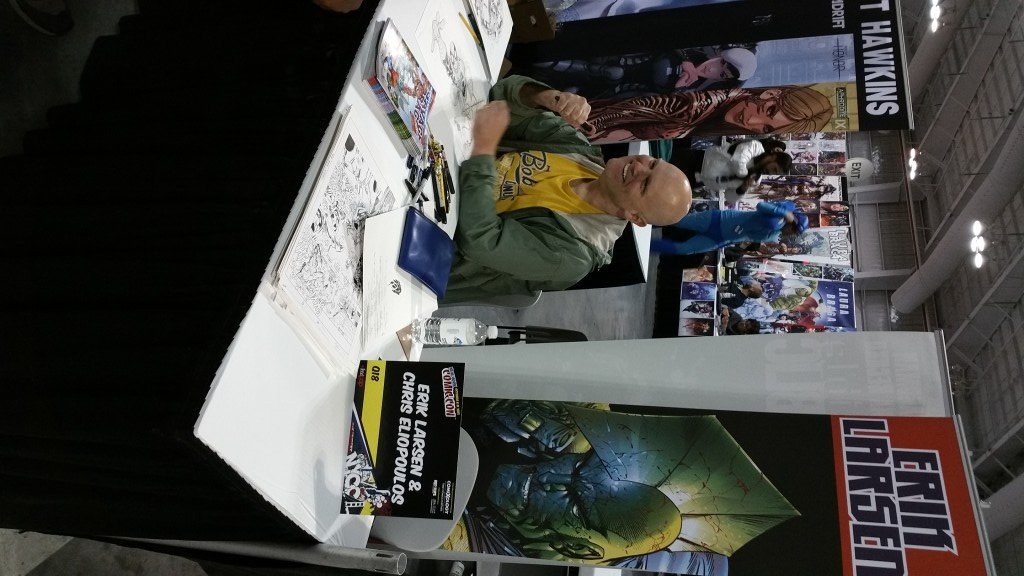 And what great opportunity to meet other passionate creators and be able to network and ask questions. 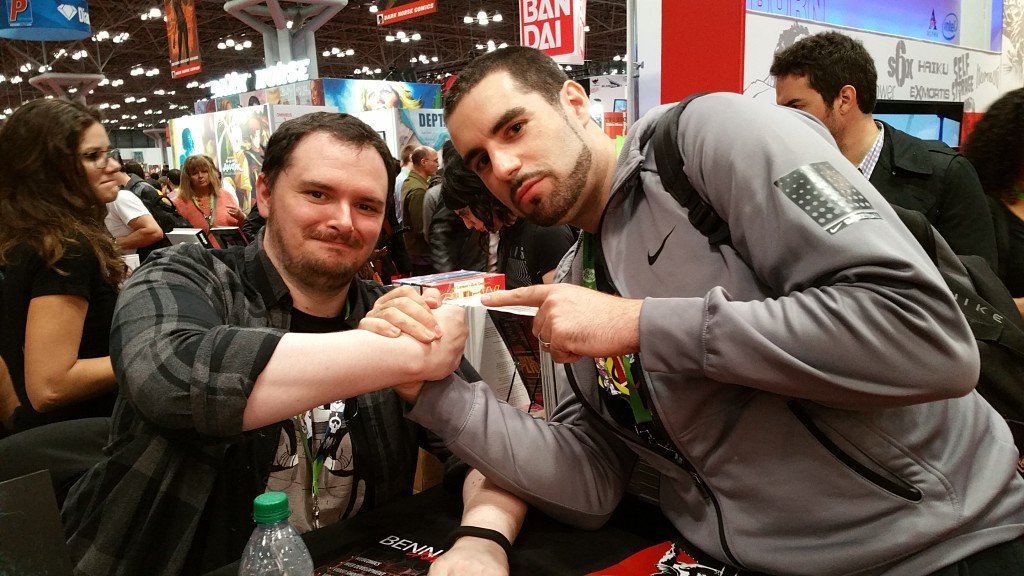 Amazing workshop by Andy Schmidt twitter: @comicexpirence formal Marvel and IDW editor and writer for the latest video game Transformers Devestation.
He had so much great things to say on how to break in the comic book industry and he kept it very entertaining with his great sense of humor. He now gives workshops
and courses for the up and coming community of artists called the Comic Expirence. http://www.comicexpirence.com 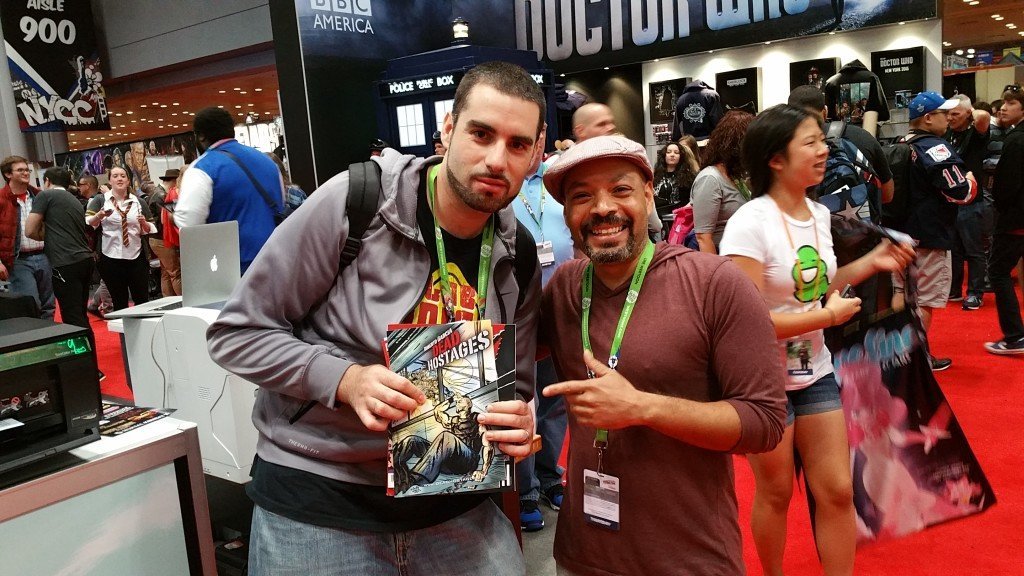 Great fella, Jun Nunez twitter: @juncabeza a native New Yorker, a great artist who he runs a print news paper http://www.theracknyc.com/ to showcase the best up and coming talent from the five boroughs and beyond. It was a pleasure to speak to him and share ideas. 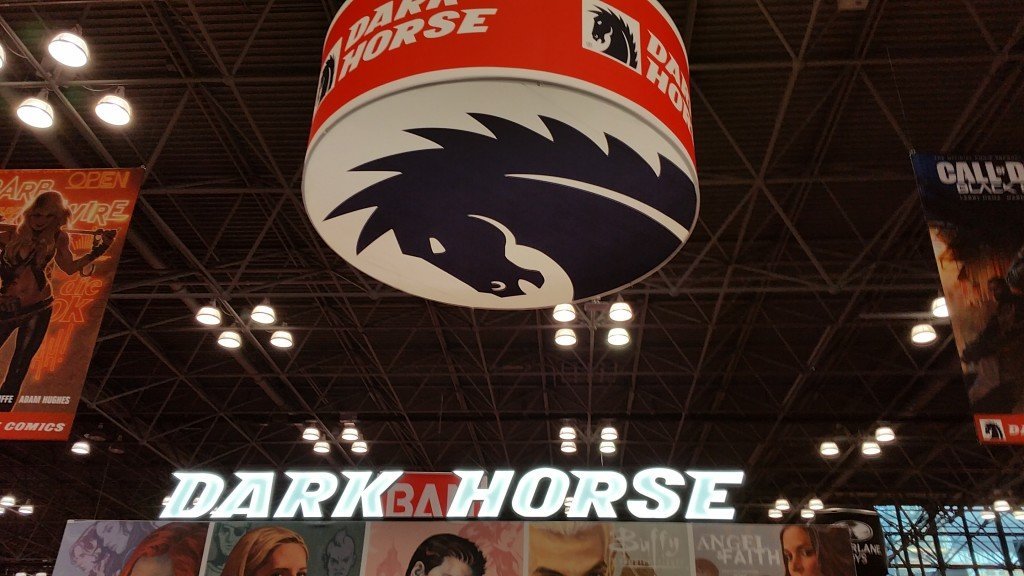 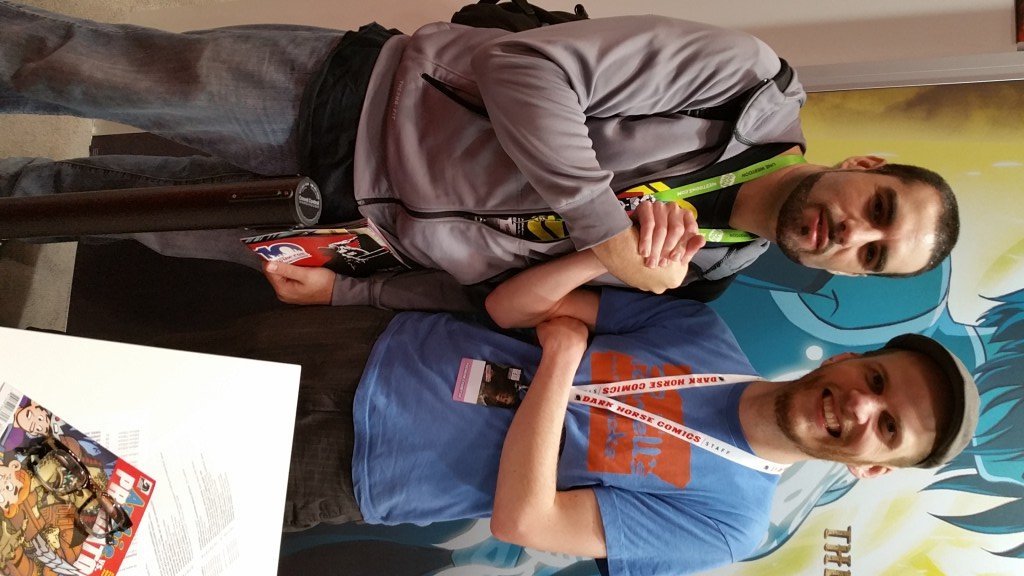 Went by the Dark Horse Booth and met Kevin B. Sales Representative and he was more than willing to help with my questions. 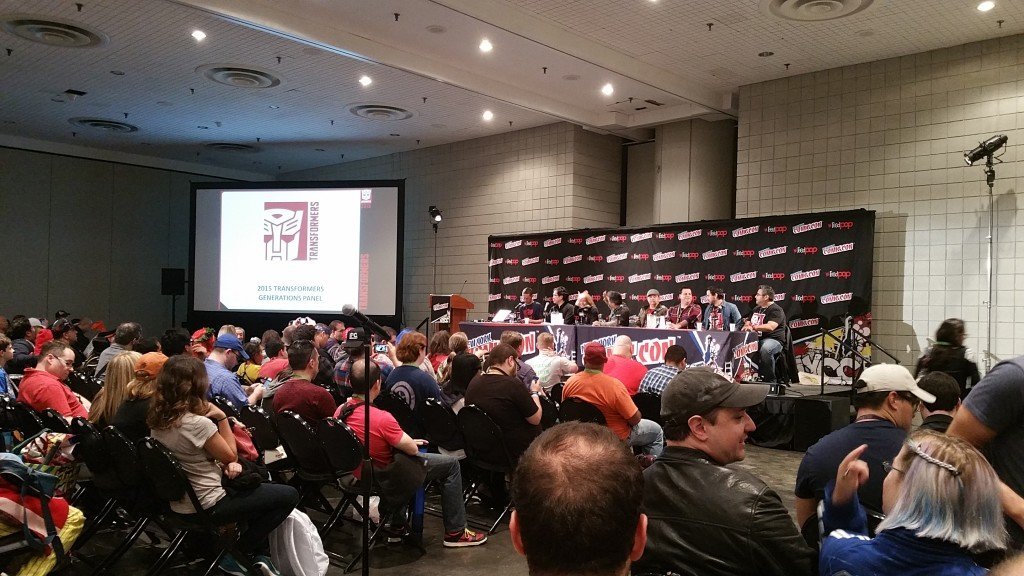 And finally, what a treat to be able to attend the Tranformers panel by Hasbro and IDW creators to announce many news for transformers fans, my favorite was the announcement of a
adult version of transformers cartoons partnered with Machinima and with quality Japanese animation by the creators of Afro Samurai and Ninja Scroll. This is for the new Combiner Wars toyline and they promised Giant robots punching Giant robots in the face!

Needles to say, I was exhausted by the end of the event. But I enjoyed an experience of a lifetime and it pumped high amounts of adrenaline and motivation to keep my new DEAD HOSTAGES project going in the right direction. Until the next comic con, I will be hard at work and trying to bring an exciting story line with great artwork. So again, enjoy it for those who have not seen the preview pages yet right here on the link below! 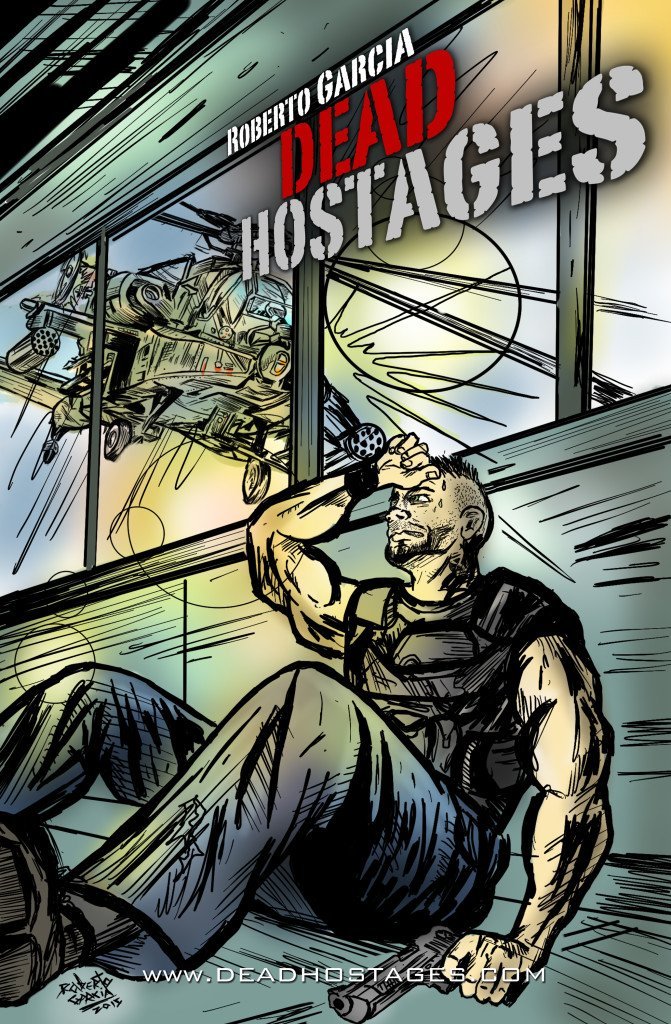 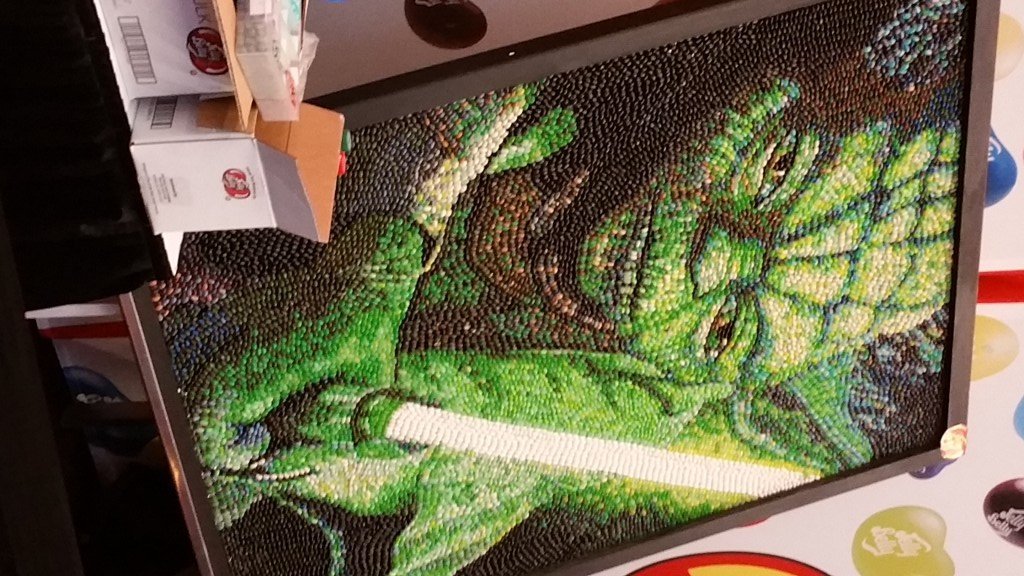 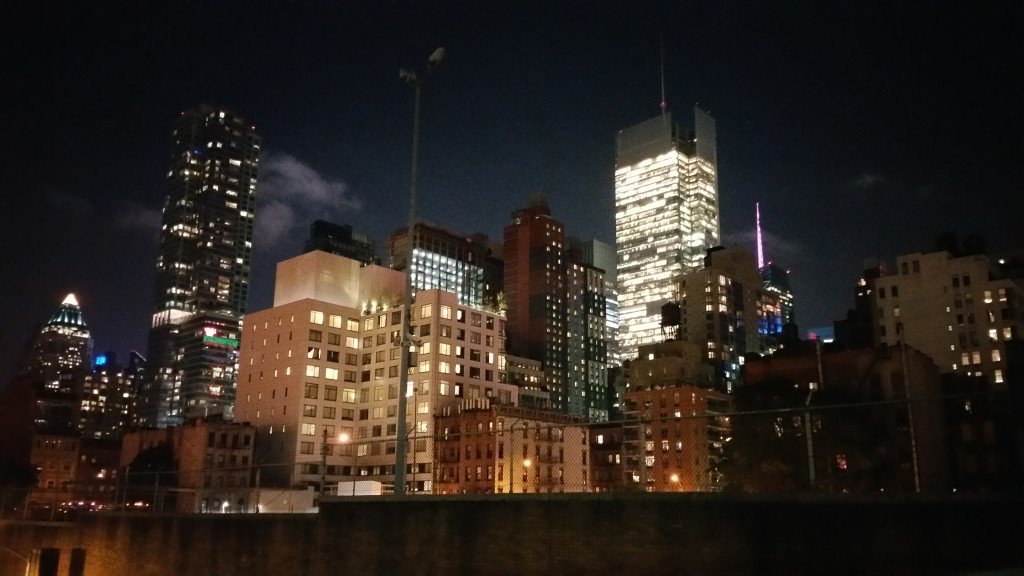 One thought on “My NEW YORK COMIC CON Experience!”